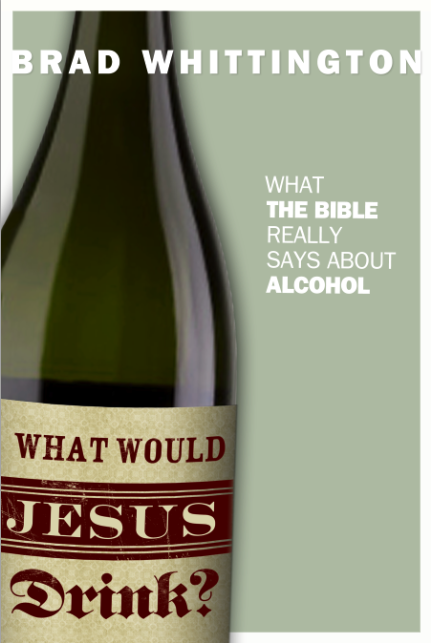 In 1996 I did a study of all the verses in the Bible that referred to wine and strong drink and it found its way to the Internet under a pseudonym. That essay was quoted in The Year of Living Biblically, was evidently the primary source material of a Relevant Magazine article, was credited by Michael Spencer (RIP) aka The Internet Monk in a 2005 posting, and referenced by dozens of other sites on the internet.

In 2011 I updated the essay and released it as What Would Jesus Drink? in digital form as a 99-cent ebook (the lowest price allowed) on Amazon and other outlets. I also made it available in paperback for those don't do ebooks, also priced as low as the system would allow, which comes out to $7.49. Amazing what going from electrons to paper can do to the price!

You can see the table of contents and read a chapter or so on Amazon. I have to say a big thanks to Hilary Combs for the beautiful front cover and Tosh McIntosh for the designing the rest of the cover and the interior of the book, a huge undertaking.

As I worked on this project, I read some of the books that surfaced in the intervening fifteen years between essay and book. Most of these were not available when I did the original study. Most of them are against any kind of drinking, and the best book in that category was published in 1871. The anti-drinking book guys who have published in the last two decades could have learned a few things from Rev. William Patton.

But before we go into the multiplicity of opinions, let's take a brief stop to hear Noah S. "Soggy" Sweat, Jr's classic peroration If By Whiskey.