If you're planning to attempt to pitch a screenplay, or even pitch a novel, this is a great book to get. Loaded with great information. If I ever decide to sell a screenplay, I'll read this sucker again, you can bet.

Posted by Brad Whittington at Thursday, April 29, 2010 No comments:

Holy freaking cow, Connelly is still the master of criminal disaster! This book is vintage Harry Bosch, great writing and a killer plot. But it kept referring to something to do with Echo Park and I'm wondering, "What did I miss?" Turns out, what I missed is that I pulled the wrong book from the shelf and read them out of order. Now I have to read Echo Park to see what they were talking about.

If you like detective fiction and you've never read Connelly, you need to run, not walk, to your latest bookstore and get yourself a Harry Bosch novel. NOW!

Posted by Brad Whittington at Thursday, April 22, 2010 No comments:

I liked this one even better than Food. Here's some of my favorites.

The cow is of the bovine ilk;
One end is moo, the other, milk.

A shrimp who sought his lady shrimp
Could catch no glimpse,
Not even glimp.
At times, translucence
Is rather a nuisance.

Note: I love this invented singular form of glimpse!

The clam, esteemed by gourmets highly,
Is said to live the life of Riley;
When you are lolling on a piazza
It's what you are as happy as a.

Note: Exactly! I never understood why clams would be so happy.

Some primal termite knocked on wood
And tasted it, and found it good.
And that is why your Cousin May
Fell through the parlor floor today. 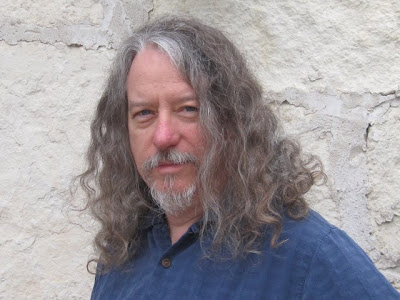 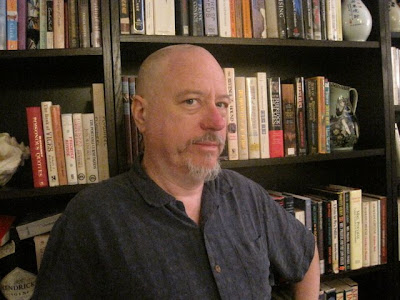 Email ThisBlogThis!Share to TwitterShare to FacebookShare to Pinterest
Labels: haircut

Gordon Atkinson, aka RealLivePreacher.com, says that Kastis Automotive Repair in San Antonio is the best guy you could take your car to. And if Gordon says so, it's good enough for me.
Posted by Brad Whittington at Thursday, April 08, 2010 1 comment:

Still on the Buckley kick. This was a quick read, very enjoyable. Buckley is very literate and articulate. He has an extensive vocabulary and can spout Latin and French and whatnot with the best of them. But occasionally he steps outside his depth. In this book it was cattywampus that got him. Evidently he missed the notation in the dictionary indicating it is an adjective. He used it as a noun 3 or 4 times, saying, "I'm a cattywampus" instead of "I'm cattywampus." Amusing.

In Thank You For Smoking, his gaffe was having a right-wing, conservative evangelical describe something as a mortal sin. Unlike the Catholic and Orthodox churches, evangelicals don't have an official heirarchical taxonomy for sin. Officially, all sins are equal. Unofficially, some (abortion, homosexuality) are much worse than others (lying, gluttony, greed).

Posted by Brad Whittington at Thursday, April 08, 2010 No comments:

As indicated in earlier reviews here and here, I'm a big fan of Russo. I read this book before I resumed my annual book list. Here's two quotes that give you the flavor.

-And so began the final stage of my boyhood in Mohawk. Adult, I would return from time to time. As a visitor, though, never again as a true resident. But then I wouldn’t be a true resident of any other place, either, joining instead the great multitude of wandering Americans, so many of whom have a Mohawk in their past, the memory of which propels us we know not precisely where, so long as it’s away. Return we do, but only to gain momentum for our next outward arc, each further than the last, until there is no elasticity left, nothing to draw us home.

-“A Midwesterner,” she said. “And a midwesterner you will be until the day you die.” Actually, F. William Peterson was from Pennsylvania, but this fact did not, to her mind, invalidate my mother’s point. He was from the western half of Pennsylvania, “practically Ohio,” and you couldn’t grow up that close to Ohio without being Ohio. Ohio was that pervasive. Next to Iowa, she couldn’t think of a worse influence.

Posted by Brad Whittington at Monday, April 05, 2010 No comments:

Email ThisBlogThis!Share to TwitterShare to FacebookShare to Pinterest
Labels: quotes

I read Marriage Lines last year and enjoyed it, a surprise for one like me, who has little use for poetry. So when I saw a couple of slim volumes of Nash, I grabbed them. The thing I like about Nash is that his stuff is very bite-sized. You can nibble on them at your leisure instead of sitting down for a feast like with a novel.

The problem is, like other nibbly bits, they're so easy to consume that you find yourself binging anyway, and this book was no exception. Here are a few of the tasty morsels.

Candy
Is dandy
But liquor
Is quicker.

One cantaloupe is ripe and lush,
Another's green, another's mush.
I'd buy a lot more cantaloupe
If I possessed a fluoroscope.