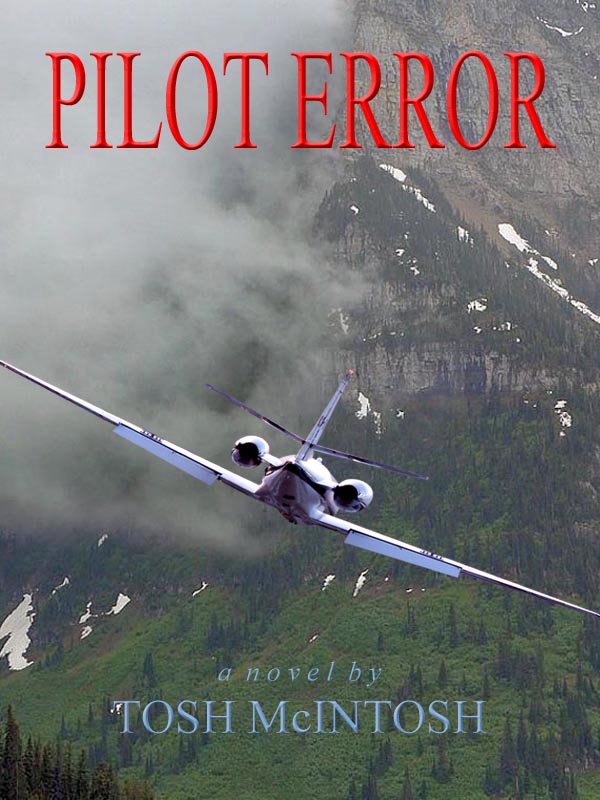 I'm not much one for reading thrillers, even though I co-wrote one back in the day. But that was a one-off and not my story. I've read one Clancy (seriously in need of an editor) and two Bourne books (painfully written, but that was the model Phil gave me for his hero, Matt Cooper, so I forced my way through a couple) but that's about it for me for the thriller genre.

Tosh is a career aviator, fighter plane pilot, commercial jet pilot, and all that, so he knows whereof he speaks. Nick, the protagonist, is a NTSB crash investigator who stumbles on a conspiracy and gets cranked through a meatgrinder before he finally gets on the other end, much the worse for wear. The body count is pretty high, but that's probably typical with a thriller.

One thing about this book, it really puts you in the left seat of some pretty cool airplanes. And what Nick does with the last one, well, I don't even want to think about it.

If you're fond of thrillers, you should check this one out. He's just getting started and more are on the way. I've seen a few peeks of some early scenes of the sequel, and it looks pretty good, too.

Tosh got it right on the conversion. Edited and proofread. Full navigation. Good paragraph formatting. Scene separators. The works. He also did the cover himself.

Email ThisBlogThis!Share to TwitterShare to FacebookShare to Pinterest
Labels: ***, eBook