A Darkness More Than Night *** 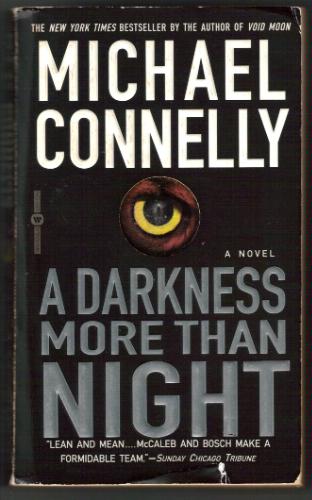 Bosch vs McCaleb is an interesting premise. As before, I found some of the McCaleb stuff a little slow. He's a slow, methodical character and Connelly writes him true to form. This made the early chapters slow going, but things picked up both for Bosch and McCaleb. I particulary enjoyed the research into Bosch's namesake, the painter. And a cameo appearance of a character from Void Moon. There are a couple of good twists in there.

The Lincoln Lawyer movie looks good! Hope it is as good as the book. I can't wait to see Matthew McConaughey play Mickey Haller, I hope they make a Harry Bosch movie next! http://on.fb.me/gUFvA3

Dang, I didn't realize it was in the works. Looks like a much better production than Eastwood's Blood Work.